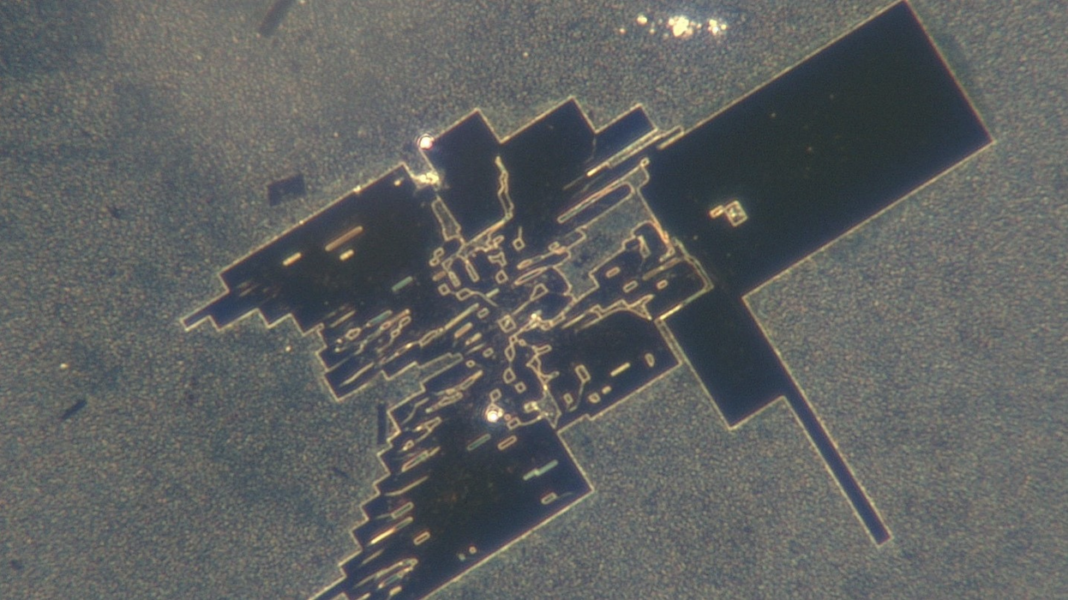 In September last year I watched a filmed press-release from a group of pathologists in Germany, who presented their findings to the public in an open peer-reviewed process with shocking images of what was in the residue of hundreds of Covid-19 vaccine vials from Pfizer, Moderna, and AstraZeneca.

Originally, Professor Arne Burkhardt and Professor Walter Lang, two renowned German pathologists, confirmed the content of Prof. Peter Schirmacher’s report on the links found in autopsies between the Covid vaccine and the increasing number of deaths in vaccinated individuals in Germany.  Microscopic photos of the blood-work from vaccinated individuals who had died shortly after vaccination were examined and presented with unbelievably grim findings.

But the press conference went much further as photographic evidence captured under darkfield microscopy showed there were many microchip-like contaminations within the vaccine vials themselves, as shown above.

“Among what I am showing you, there are many things I have seen for the first time. Some things I can’t name yet because I’m still looking for names for them,” said Prof Burkhardt.

​Though the clip is 2.5 hours long, it’s well worth the watch – these are scientists ready and willing to stick their necks out and stand and speak about what they observe, no matter how unbelievably shocking the revelation may be.

Since that time, similar findings have been discovered by others willing to closely observe the contents of the vials, as well as vaxxed blood: Dr. Zandre Botha from South Africa, Dr. Pablo Campra Madrid & Dr. Jose Luis Sevillano from Spain also attest to undisclosed, self assembling nanotech particles made from graphene oxide being ever-present in the vaccine vials – which may explain the weird magnetic phenomenon many people have experienced after getting vaccinated.

Now New Zealand has made its own contribution to what may be the most heinous perversion of medical science the world has ever seen.

Dr. Matt Shelton, head of New Zealand Doctors Speaking Out with Science (NZDSOS), was approached by a team of NZ scientists who had conducted  microscopic observations into the vials of Comirnaty vaccine liquid, and the results are so disturbing, at the very least a “contamination” (undisclosed ingredients) within the vaxx, that Shelton felt compelled to do his own experiments and confirmed that the findings were indeed true and replicable.

​Consider the similarity in these two photographs of chip-like nanoparticles – one discovered in a vial in Germany, the other in a vial in New Zealand.

So convinced that the findings are genuine, heroic NZ lawyer Sue Grey and Dr. Shelton presented them to NZ’s official health authorities down the telephone on Parliament steps, since they were not granted the courtesy of a face-to-face meeting with the Health select committee, including members of Medsafe and Crown Law. They told our officials that from this day forth, our government is now on notice for crimes against humanity.

For a lay person like myself who has watched the last two years of this sick, epic pantomime be played out on such a global scale, I have often said to those who know me,  “Why are our leaders so compulsively obsessed with the jab being shot into every human arm including that of our children & grandchildren?  What the hell is in this stuff that they want us to submit to it so badly?”

I know I echo the feelings of many people when I say that the push has been overtly creepy, weird and sinister – to the point that they lured people to the vaxx by promising sugar coated goodies. And during that time, they also made sure that a shit load of people lost their jobs if they didn’t submit to it – including nurses and doctors like Dr. Matt Shelton (who is currently suspended from practicing medicine in NZ).

As Dr. Shelton says in the video: these findings are real, made by real people, “they need to be investigated immediately by our professional regulators who are charged with protecting the public.”

Grey, Shelton and Pokere-Phillips, on behalf of us all, demand an investigation in to what, at a nanoscale level, is in the Comirnaty vaxx which has just been delivered en masse into our families and fellow-citizens?